Did you think that the best Paragliding spots only belonged to Switzerland or any other European countries? Be ready to be amused. The World’s 2nd best Paragliding spot and India’s best paragliding spot is in Bir Billing, Himachal Pradesh. It was also host to the Paragliding World Cup in the year 2015.
This should definitely be on your bucket list for things to do in India if you are an adventure lover. The take-offs are from Billing and landing is in Bir dropping at an amazing altitude of around 800m. Apart from Paragliding and other aero sports, Bir with its mesmerizing landscapes and towering heights is a favorite for spiritual studies and meditation.

The place is a Mini Tibet of sorts with the influence of the culture wrapped around everything and everyone here. Don’t be scared or skeptical, the activities conducted here are known to be the safest by International standards. To add a little more zing you could also go trekking around Bir into some of the best picturesque routes in Himachal Pradesh or take a ride to the Deer Park and the Bir Tea Factory. So don’t keep waiting, add colorful wings and feel like a bird, it is bound to be a flight like no other.

What you should know before Paragliding in Bir Billing

Paragliding is safe and possible almost all year round except for the monsoon season. The best time for Paragliding is in the winters from October to June. December to January is snow-clad, the mountains around and even Bir Billing experiences snowfall and the experience of paragliding at this time are breathtaking to witness the region wrapped in sheets of white.

July to September though are usually wet here due to the rainy season as it experiences quite a heavy rainfall.

Given the worldwide popularity of Bir Billing and the thrilling indulges here, there are hosts of camping options for the paragliders and trekkers. ‘Camp Oak View’, is a good option for a camping stay. The majority of the camp site offer packages inclusive of meals and are also well equipped with bath and toilets.

Apart from camping options, many homestay and guest houses are also available. A couple of hotels have also sprouted up over time at Bir town. 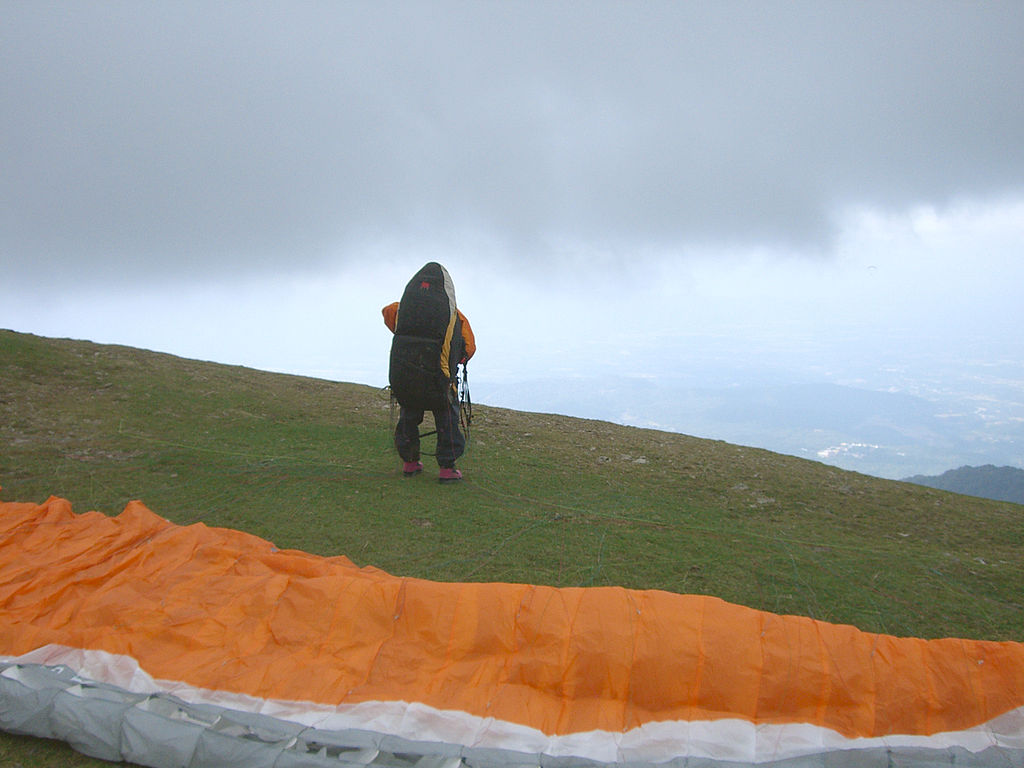 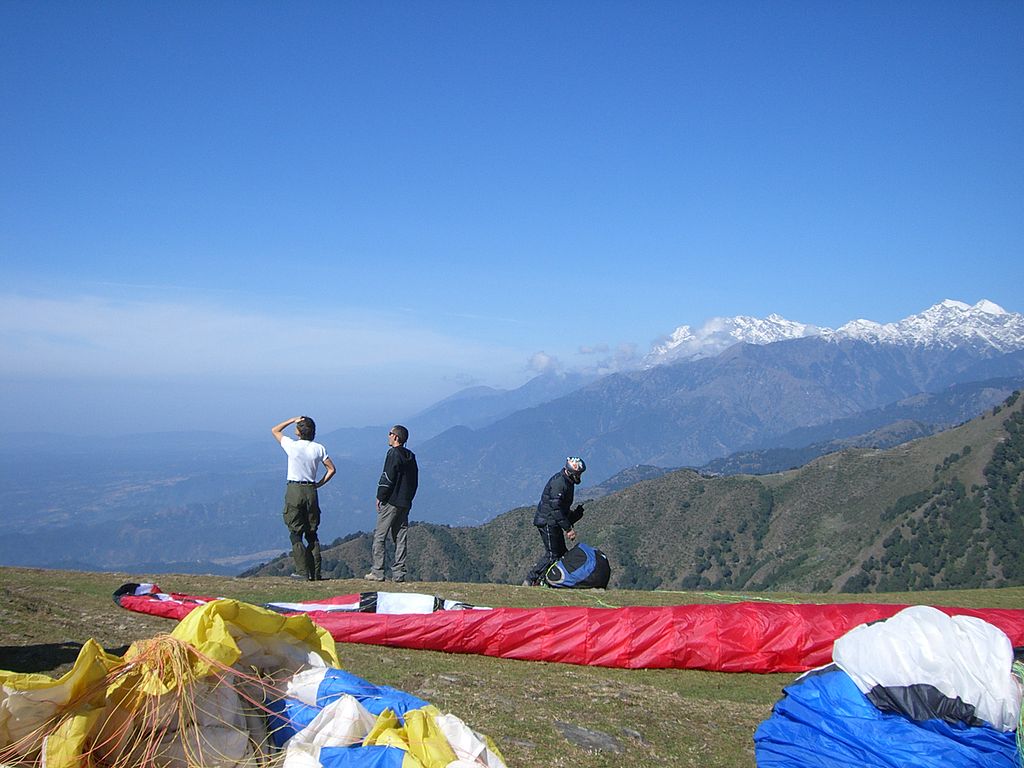 Pilots on a paragliding takeoff at Bir Billing.

No matter what the main attraction in a destination, still trying out various cuisines and local food is usually on the list always. Bir attracts a lot of global and foreign tourists, the reason why it has a lot to offer both Indian and Continental food at a very pocket-friendly price. Tibetan culture is the most prominent here so do not miss out on trying the mouthwatering momos served in the local eateries here. You could also dig into the local exclusive and popular dishes here like Sidu (a preparation of wheat), Patande (a local version of pancakes), Chouk, auriya kadoo (a preparation of pumpkin). Or you could also try the simpler Himachali cuisine like chapatis, dal, vegetable curries served with curd.

How to drive or reach Bir Billing

By Train: Pathankot is the closest railway station at 140 km. Kangra Valley Railway runs an enjoyable toy train every morning which is good enough to get you to Ahju which is just 3kms from Bir, although this can only be an option when you have plenty of time in hand.

By Bus: Baijnath is the nearest bus stand at 12 km from Bir and well connected with daily buses from Delhi and Chandigarh. The best option though it to travel by car on hire or your own car if possible to enjoy the lovely journey uphill to Bir.

By Air: Dharamshala is the closest airport, alternatively travel to this popular hill station Dharamshala from which Bir is only at a distance of 70kms there.