You must have heard or read about the strange phenomenon of Bermuda Triangle sucking in ships and airplanes to death. Imagine a similar place that does the same thing to birds, yes we are talking about the strange something that has a Bermuda Triangle effect of birds, that makes them plunge to death by crashing into trees or buildings, which every year results in something called Mass Bird Suicide. This strange incident recurrently happens in a tiny village, Jatinga in the northeastern state of Assam. The village itself is beautiful with stunning greenery and untouched mountains. The increasing popularity of Jatinga is not owed to its virgin beauty but rather to the mass bird suicides that has recently caught worldwide attention and has the ornithologist worldwide bewildered.

This strange phenomenon of ‘avian harakiri‘, as the locals call it, was first noticed in the 1900s by the inhabitant tribes, Zeme Nagas, scared to death by the mass suicides the tribe left the village after selling it to Jaintias, who on the contrary considered this as a gift of God. This mysterious activity takes place each year from September and November when it is late monsoons. But what is baffling is that the birds plunge to death specifically around 7-10pm, a time when usually birds are asleep. And also more puzzling is that birds dive down to death crashing against objects from the North only into a specific strip of an area which is 1.5 km long and 200m wide.

It has been understood after intensive study that the birds get attracted to the lights in the village, but strangely the lights in this area draw their attention and not the ones in the other parts of the village. Till now 44 species of migratory birds, hundreds in number have been identified, some of which are suicidal by nature while some are not. The popular belief by the villagers says that the evil spirits living in the skies were bringing down the birds. Although it has been concluded after a study that probably the monsoon fog makes the birds feel disoriented, and so the lights in the village grab their attention and they start flying towards the, on the way hitting obstructions and dying or getting injured. The villagers then attack these injured birds and become prey to the villagers. Famous ornithologists worldwide are still baffled by this unique activity each year and are still trying to understand why. 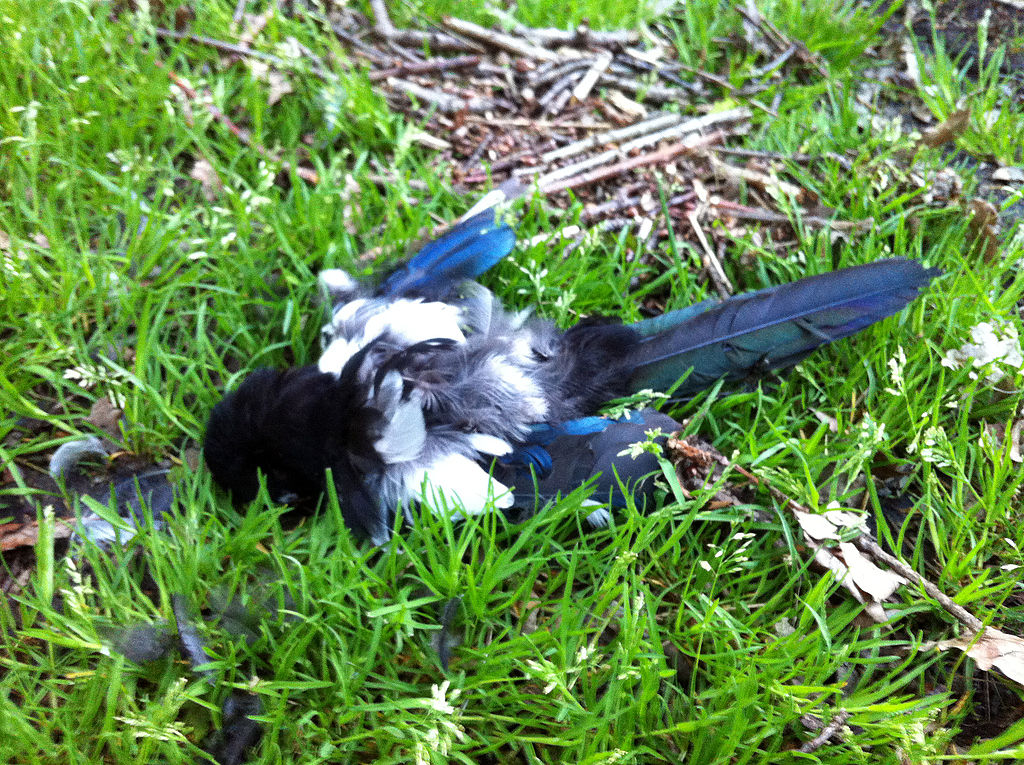 A Photo of a dead Eurasian Magpie lying on the grass.

Nonetheless, all conjecture aside, in some way the fact that villagers believe that this is a Gift from God is true, since not only do the dead birds serve as delicious exotic local delicacies. Certainly, after the increased popularity, the state Government has also done a lot to promote this place for its uniqueness and promote tourism in Jatinga, inviting people, especially bird lovers to visit and witness this strange bird behavior.

How to reach Jatinga:

Worlds’s Only Village with No Doors and Locks – Shani Signapur, Maharashtra