India is a land of flawless natural beauty with serene landscapes having some of the best natural scenic attractions in the world.  India has a lot to offer to the nature lovers from the mighty Himalayas in the North to the Kanyakumari at the Southernmost tip of India where three oceans meet, the list is endless however we made your life easier and here we talk about some of the best naturally beautiful places in India you should try to visit in your lifetime and enjoy the experience.

Dal is an urban lake in Jammu and Kashmir’s Capital Srinagar and is named as “Jewel in the crown of Kashmir“. It’s a must visit place in Srinagar and popular among tourists.

Nanda Devi at an elevation of 25,643 ft is the second highest mountain in India and 23rd highest peak in the world.

This Salt Marsh is one of largest salt deserts in the world located in the Thar desert  in the Kutch district of Gujarat.

This white sand beach on the Konkan Coast in the Ratnagiri district is known for its sparkling clean and crisp water and beautiful greenery around them.

The archipelago consisting of 570 tropical islands in the Bay of Bengal. Radhanagar in Havelock made it to the  Time magazine’s world’s 7th most spectacular beach and one of the top 100 beaches in the world.

Also known as “Niagara of India”, this waterfall is on the Kaveri river and 14 channels with drops at varying height between 10 to 60 feet.

This Mountain desert is located between India and Tibet in the state of Himachal Pradesh. Monasteries  like Ki Monastery and Tabo Monastery are some of the oldest in the world and is a major source of attraction for tourists. Spiti valley is a cultural and center of learning for Buddhists.

Matheran is the smallest hill station in India located in the Western ghats at an altitude of 2,600 ft at just 90 km drive away from Mumbai. There are 38 look-out points in total here and you can expect a dramatic view of sunset and sunrise from the Neral Point.

Located on the border of Indian states of Goa and Karnataka, Dudhsagar waterfall also known as “Sea of Milk” is one of tallest waterfalls in India at an elevation of 1017 feet.

Pangong Lake or Pangong Tsu is a picturesque lake in the Himalayas at a height of 14,270 feet and is about 140 km from Leh Town. This crystal clear unblemished blue water covers an area of 100 km straddling across two countries, India and China and is one of the largest brackish lakes in Asia.  The climax scenes of famous movie 3 idiots were taken here. Make it there and let the beauty of the place envelope you!

These natural bridges built out of aerial roots of rubber trees by Khasi tribes of southern Meghalaya will leave you awestruck. In this part of the world, bridges aren’t constructed, but they are grown. For the root bridges to become firm and sturdy, they usually take around 15 years and its said that they can last for 100 of years under normal conditions. The oldest one currently being used is over 500-year-old.

Manali to  Leh would be your most memorable road trip if you plan for this epic journey in advance. Open only for a few months in a year from June to October when snows are cleared, around 350 km does not have any civilizations out of the total 474 km length of the highway. These breathtaking high mountain passes are most sought after by bikers and adventurous travelers. 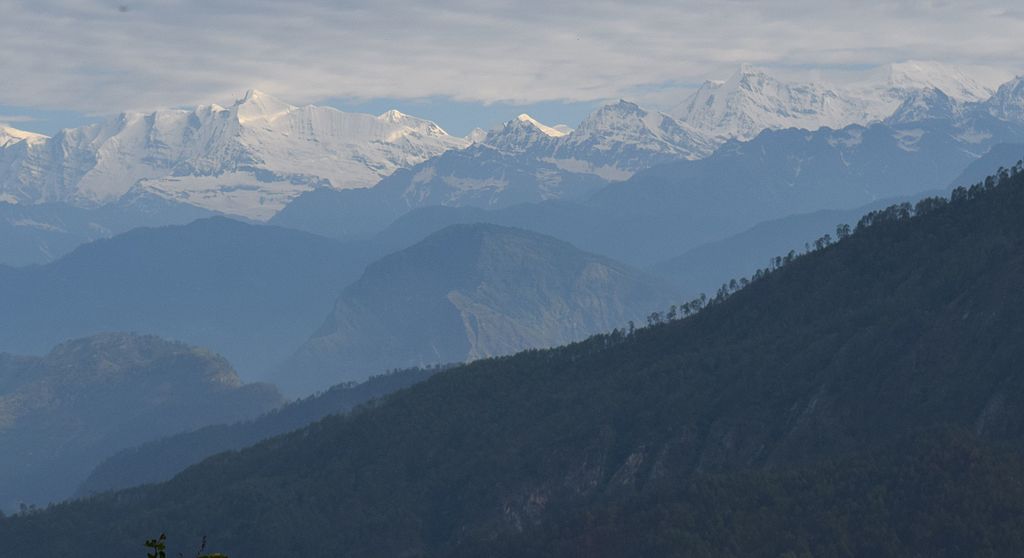 Muniyasari is a hill station surrounded by snow capped Himalayan peaks and is a trekker’s paradise. The name Munsiyari literally means ‘Place of Snow’. It’s a rapidly growing tourist destination for trekkers, nature lovers, adventure seekers and a base camp for treks of various Himalayan mountain ranges.

This mysterious and beautiful saline soda lake got created by the impact of the meteor which hit the earth over 52,000 years ago and it’s the only known high-velocity crater impact on the earth.

Sandakphu is the highest peak in West Bengal and a haven for trekkers.  During sandakphu trek you can get an excellent view of four of the highest peaks in the world, Mt. Everest, Makalu, Kangchenjunga, Lhotse. The trek route passes through Singalila National Park where you can find rare animals like Pangolins and Red Pandas. 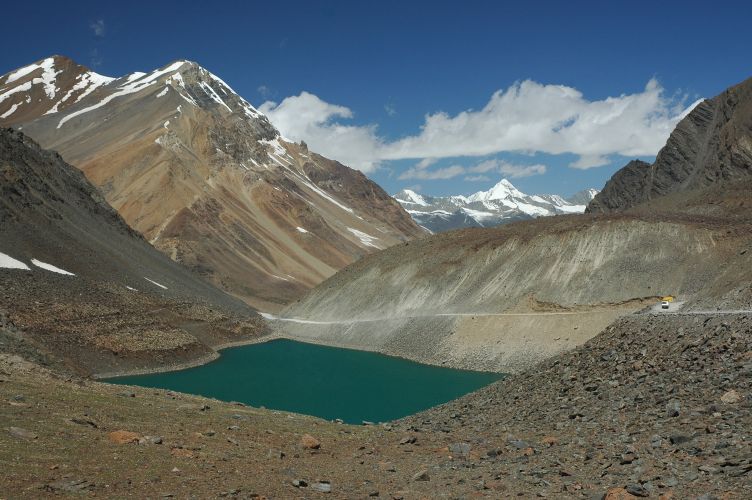 Suraj Tal lake at an elevation of 4950 meters is the third highest lake in India. Located just below the Bara-Lacha-la pass in the Picturesque Lahaul and  Spiti valley,  Suraj Tal has pristine water with shades changing between green and blue.

Come and enjoy the roaring sound of the water plummeting down 80 ft onto the rocks and the dense green forest around the waterfall is sure to give you a memorable experience.

The impressive Chitrakoot fall also known as “Niagara of India” is located in Bastar district of Chattisgarh and is the widest waterfall in India.  Indravati river is the main source for the waterfall, a tributary of Narmada. 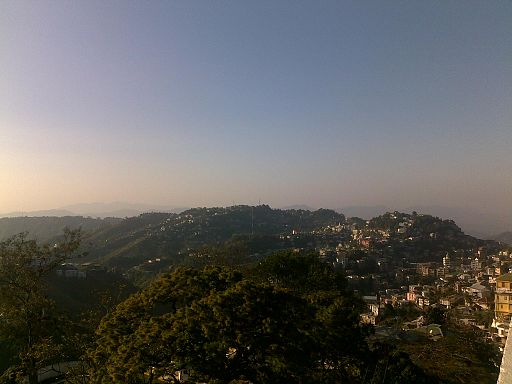 The capital city of Mizoram, Aizawl is located at 1133 meters above the sea level. This charming and bustling city is perched on ridges of steep hills overlooking the Tlawng river and various other hill ranges.

The second wettest place on earth, Cherrapunji,  receives the most rainfall in a calendar month and year.  Nestled in the Khasi hills at an altitude of 1484 meters and about 56 km from Shillong, it’s a popular place for trekking, river canyoning, and camping. The trekking route which leads to Double Decker Living Root bridge is favorite among tourists. Nohkalikai, the world’s fourth highest waterfall is 5 km drive away from Cherrapunji.

Located on the Narmada river at 30 km away from Jabalpur, dhuandhar literally means ‘Smoke Cascade’ due to visuals of smoke formed when water falls with force on the hard rocks. One should also see Marble Rocks where the Narmada drains down to form a gorge which is 1 km away from the falls. Boating at moonlight is a memorable experience and is available from November to May.

Borra Caves are located in Ananthagiri hills of the Arakku Valley at a distance of 92 km from Visakhapatnam. Discovered by British geologist in the year 1807, it measures 100 meters on the horizontal plane and 75 meters on the vertical plane. The total length of the Cave is 200 meters. Spread over an area of One Sq.KM, its considered to be one of the biggest cave in India. 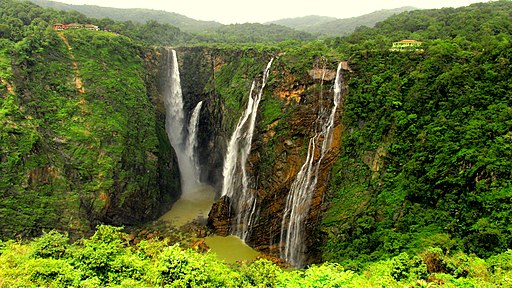 This Majestic fall is the second tallest plunge waterfall in India falling from a height of 830 ft. They are unique because water doesn’t stream down the rocks instead it plunges down the hard rocks without touching them, making it the highest untiered waterfall in India.
One can get a view of the waterfall from the opposite side by reaching the bottom of the hill using 1400 steps built by the tourism department.

One of the cleanest river in the India, Umngot  waters are so crystal clear that , One can view the bottom of the river bed and shadow of the boat on the water. Located at 95 km from Shillong, the river flows through the border town of Dawki. An annual boat race is held during the month of march in the Umngot river. 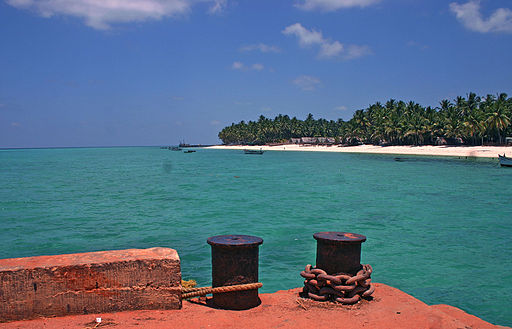 The gateway of Lakshadweep, Agatti island is 7 km long and located at a distance of 459 km from mainland Kochi. Blessed with sandy beaches, natural landscapes and aqua diversity that comprises of sea turtles, coral reefs, and myriad color fishes.  It has a lot to offer for aquatic adventure lovers like scuba diving, water skiing and snorkeling on the beaches to add to your most beautiful moments of your life on this travelers paradise. One needs to have the Entry permit from the Lakshadweep administration to visit the island.

Top 9 Best Places to Visit in India in October

Top 10 Best Places to Visit in India in December to end the Year!