Start the new year with a bang; after the crazy loud New year parties, it is time to take a trip to these January favorites. Make the most of the windy, cool weather as long as it lasts before the Celsius starts climbing. From the brilliant medieval art of India to virgin hills, we have all these places curated for you. What better way to start the first month of the year pursuing your love for traveling? Here are my collections of top 8 places to visit in India in January.

The most enigmatic heritage site of India happens to be the human-made spectacle and rock cut sculptural and architectural celebration of the ancient India which is the Elephanta Caves. It is ironic how the brilliance of ancient art stands in proximity to the ever so fast & hectic Mumbai city which is only at an hour’s ferry ride from Mumbai city. Also known as the ‘City of Caves‘ dating back to 6-7th century AD, the several carvings mainly represent Lord Shiva, the most iconic being a towering 7 m high Shiva statue with three facets, representing the incarnations of the deity as the creator, the preserver, and the destroyer.

Don’t Miss: The caves itself are massive with numerous carvings to spend the entire day admiring

How to reach: Elephanta Caves is easily accessible from Gateway of India in Mumbai. You can purchase the tickets for the ferry ride from MTDC at the entrance of the Gateway, the boat ride by sea takes one hr to reach the island.

How to reach: Khajuraho has its own airport, from where one can take a taxi or Jeep to reach the destination. Mahoba is the nearest major railway stations at 63 km. By Road, many private and state-owned buses run from Khajuraho to neighboring cities like Jhansi.

More popular as ‘The Frozen River Expedition‘ this is probably your calling if you want to do something different and adventurous this January. The trek is usually 6-9 days long across the frozen Zanskar River in Ladakh and specifically takes place during the end of January until end of February or first week of March, depending on the weather. An absolute must do trek for trekking enthusiasts, but with a twist, for a change, it is a trek not through hills or valleys but rather consists of long walks across the frozen waters. I bet it will remain as a lifetime experience for you.

Don’t Miss: The trek itself is a mammoth thing to do.

How to reach: Zanskar does not have an airport, the nearest airport is in Leh at 84kms from Zanskar. 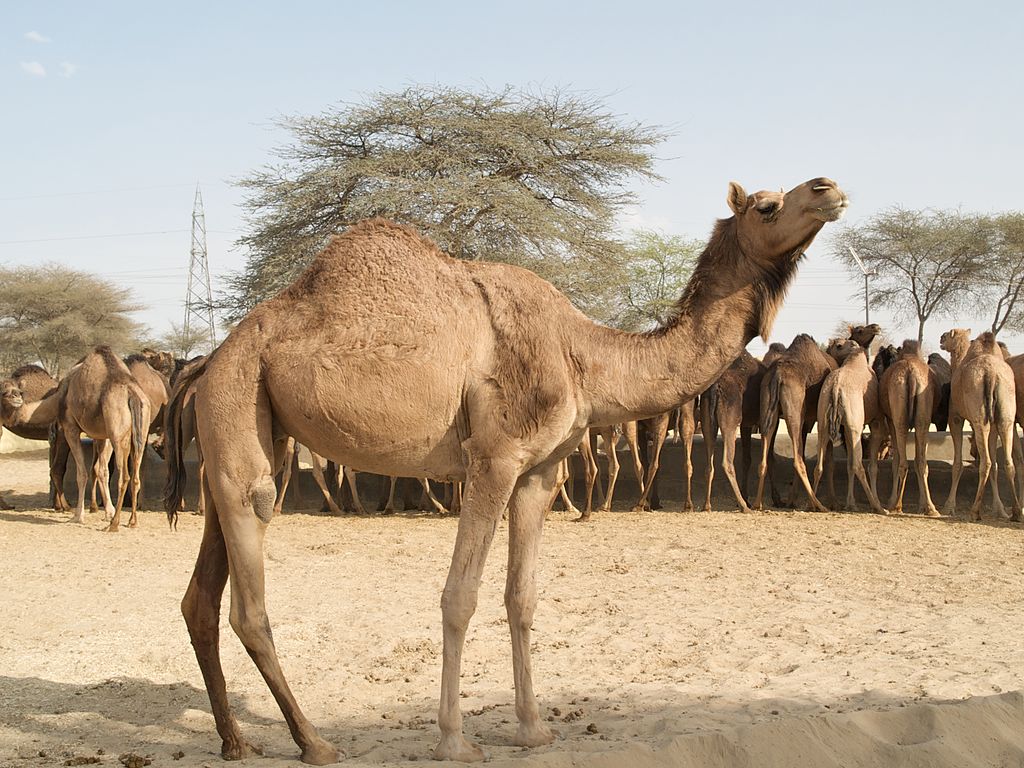 Rajasthan is scorching at day during the summers and warm during the winters, so January makes it the best month to visit Bikaner in Rajasthan. This place buzzes with activity this month owing to the world famous Camel Festival that takes place here in the village Ladera. Watch the quirkiest Camel shows like the best haircut, best fur cutting for camels or camel milking, a way by which the owners show off their camels. Do you need any more reasons not to visit Bikaner this month?

How to reach: Ideally Nal Airport is closest at 13 km from Bikaner. The more prominent airport being the Jodhpur Airport though. By train, Bikaner is well connected with all important cities. And by car Bikaner provides a lovely drive from cities like Delhi, Kolkata, Agra, Jaipur, etc.

Queen of Hill Stations they call her, and why not, the spread of green hills, lush green forest canopy, and shimmering lakes makes Ooty an absolute January month favorite in South of India, adding to it is the dewy & cool weather in January. Rich with natural beauty it is every nature lover’s delight. The many lakes in and around Ooty happen to be favorite picnic spots.

How to reach: Coimbatore is the nearest domestic airport at 88kms from Ooty which is well-connected with most of the Indian cities. Nearest railway station is Mettupalayam at 40 km from Ooty. You can avail either government or luxury buses from Bangalore, Mysore, and Chennai to Ooty.

Mughals have ruled and gone but left behind iconic Mughal monuments. One of the best-kept ones being Fatehpur Sikri which is also a UNESCO World Heritage Site, which was once Akbar’s capital of the Mughal emperor for a few years of his reign. It is a brilliant example of a mix of complex Persian taste and Indian detailing and sandstone walls. A must visit while visiting the Taj Mahal; Fatehpur Sikri is also a cultural hub with ample options for shopping like vibrant local handicrafts, traditional Indian attire, and decor. What better way to enjoy the Northern winters in January sprinting in the gullies of Sikri.

How to reach: Agra Cantonment is the nearest railway station from Fatehpur Sikri, located in Agra at 40 km from the city. By road, the town is very well connected with all cities and also many buses both luxury and state transport ply frequently 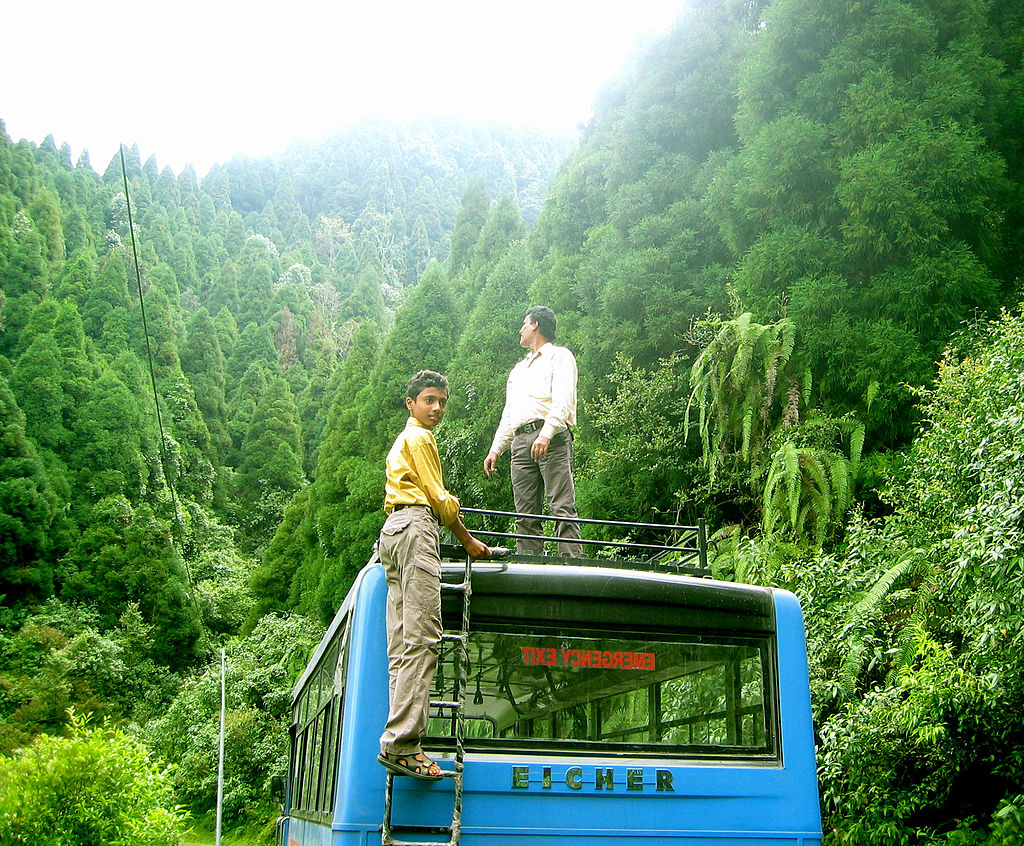 A curious tourist at Lava, Kalimpong.

West Bengal is still an undiscovered destination with stunning places, some not so popularized. One of them happens to be Kalimpong. January in Kalimpong is all about cozy woolens, misty mornings and virgin lush green mountains, valleys & clear skies. It is a perfect time for family picnics done soaking in the winter sun, also a very popular time for honeymooning couples. If you are looking for a short trip away from the maddening crowd and the nearby crowded hill stations like Darjeeling or Gangtok, head here and sooth your eyes with the brimming Teesta River and its picturesque valleys and stay at one of the colonial style hotels built during the British Raj.

How to reach: The nearby airport to Kalimpong is Bagdogra. And the closest train station is either Siliguri or New Jalpaiguri. Both well connected to all the other main cities of India. From these stations and the airport one can easily hire a shared taxi or a private one to Kalimpong 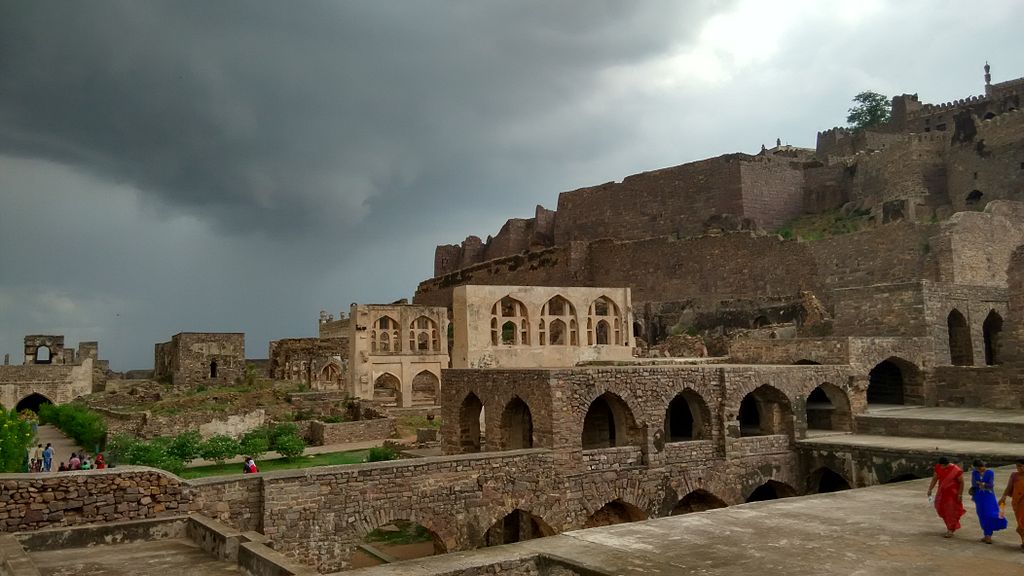 If you are someone who loves to marvel at the complex ancient architecture, The Golconda Fort in Telangana is one such place you will love; it happens to be one of the South Indian phenomena. Imagine visiting a site that has the legacy of the being the mine source for diamonds literally, world’s coveted diamonds The Kohinoor, The Hope Diamond, The Regent Diamond, and The Nur-Ul-Ain Diamond. It is spread over several km housing a huge number of smaller forts, eight large gates, and 70 ramparts. Usually, the South Tropical weather is unpleasant other than winters, and January has the perfect climate here to spend time indulging in exploring the massive Golconda Fort.

How to reach: Recently remapped under Telangana, and 11kms from Hyderabad city which is a vital IT hub in the country. All options like Air, train, and bus, are very well connected to all other cities.

Top 9 Best Places to Visit in India in October

Top 10 Best Places to Visit in India In September Before the Monsoon Says Good Bye!