For all us fascinated by the Great Wall of China and often left wondering going there. Before you think of that, there is a close second very near to us in our own country. Almost unknown to the outside world in Kumbhalgarh, Rajasthan you would find what is popularly known as the Great Wall Of India, which also is the second longest wall in the World, after the ‘Great Wall of China’.

The mighty Kumbhalgarh Fort lies here which was built over a century in the early 15th century by Maharana Kumbha and further extended in the 19th century. This fort was also the also the birthplace of the Great King & warrior of Mewar, Maharana Pratap. History has it that this is the invincible Fort which could not be conquered even by the mighty Mughals alone, only together with the armies of Delhi, Amber and Marwar they were able to break through the Fort. This Fort is a standing icon of the bold and unbreakable Rajput glory and spirit. 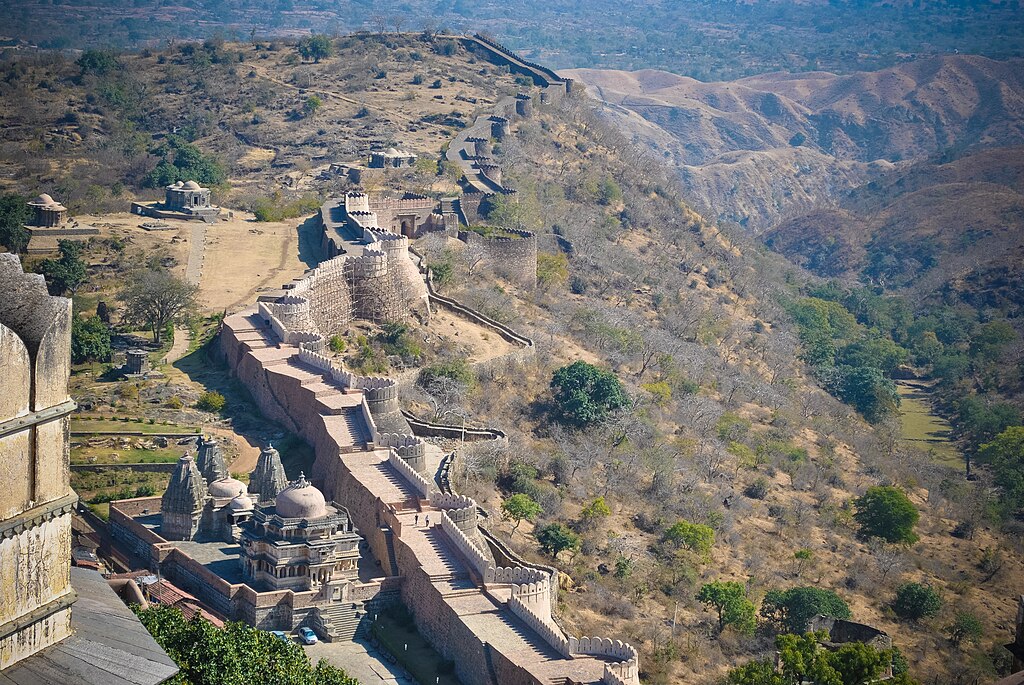 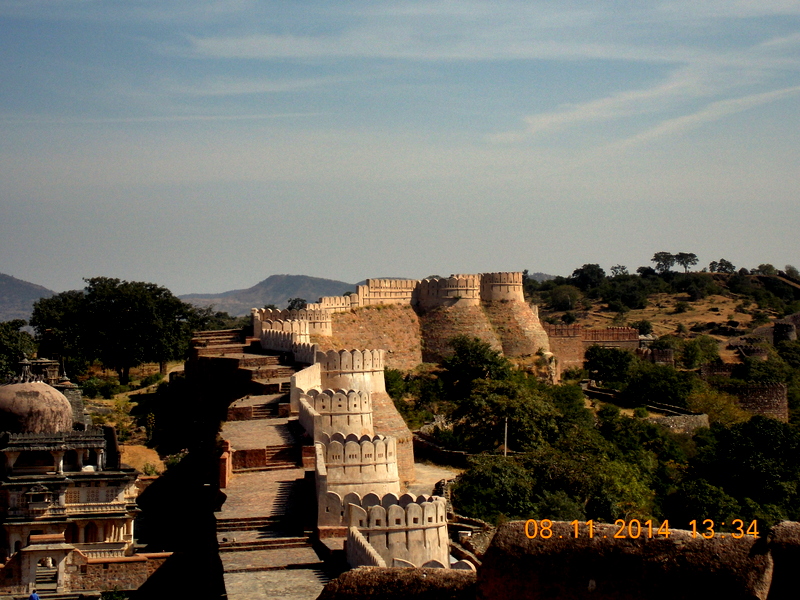 The great wall of the fort, stretching 36 km. 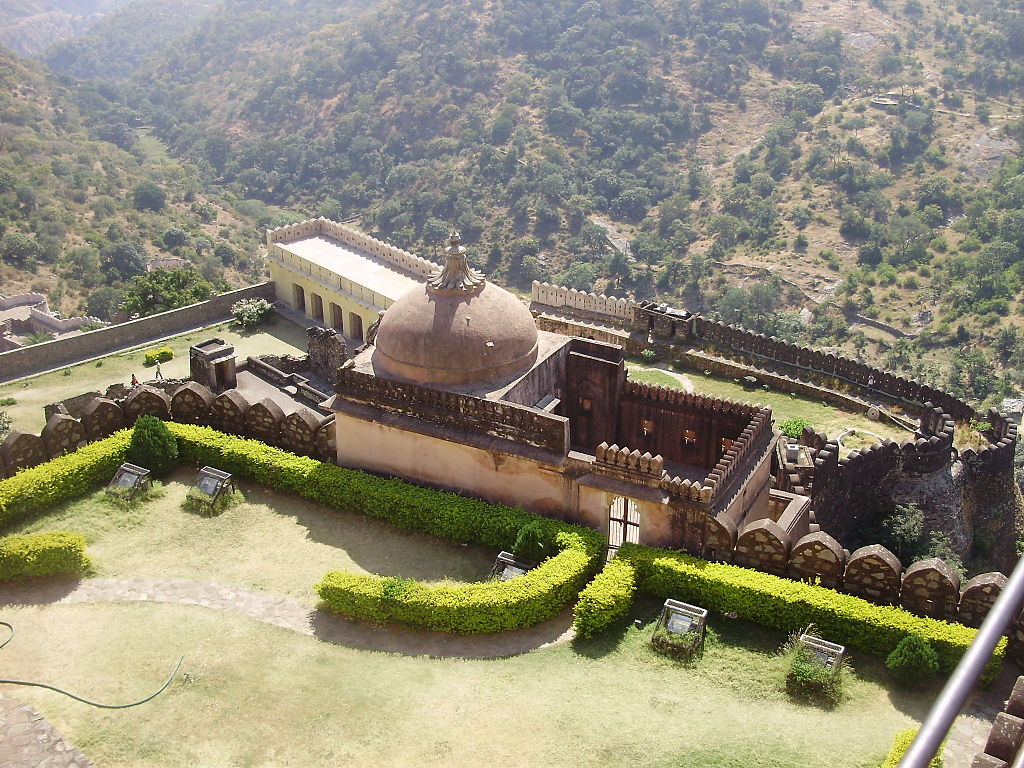 A Small palace inside Kumbhalgarh fort. 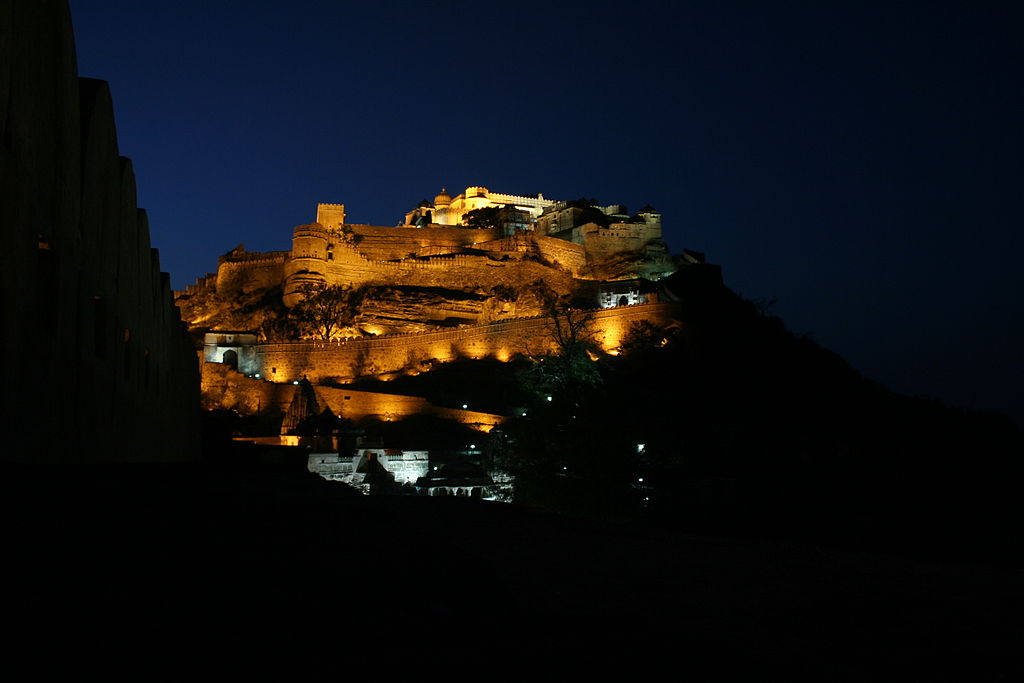 The Great Wall of India – Second Longest in the World:

Guarded by the massive snake-like meandering Fort Wall which is 15 km long and 1150 m to 1200 m in height, the wall is as thick as 12-25 feet and broad enough to allow an army of eight horses to ride abreast. It runs through the mountain cliffs and valleys of the Aravalli ranges sometimes going uphill or taking a descend structured with long walkways, stairs, and seven huge gates. Also within the Wall, it guards 360 temples. Along with the Fort the Wall encompasses around some of the forest ranges of the Kumbhalgarh National Park which helps in the safe keeping of a few Indian endangered species, it is home to the famous panthers & leopards of India and also a variety of other wildlife like Hyenas, Wolves, Nilgai, Sambhars, Crocodiles and definitely India’s National Bird Peacock.
The Wall is an iconic proof of the brilliant architecture from the Rajput era, built with such marvel that even after 700 years of being it still stands tall unmoved. It is this wall that is known as the second longest continuous wall on the planet after the ‘Great Wall of China’.

Long unknown to the world outside, finally the Government of Rajasthan is taking measures to popularize this mighty creation by the man by organizing a Heritage Walk on the fort Kumbhalgarh which takes place along the circumference of the wall, it covers a stretch of 12-15 km and takes around 3-5 hrs to complete. It takes place is March every year and one can participate through registration online.

Rajasthan is extremely hot during Summers, so October to March covering Winter season is the best time to visit.

Food and Stay at Kumbhalgarh Fort:

With its increasing popularity, there is ample budget as well as luxury options to choose from for your stay. Undoubtedly one must indulge in the local Rajasthani food here, a few popular restaurants are Chowka Restaurant & Gazebo.

How to Reach Kumbhalgarh Fort:

By Road you can drive down to Kumbhalgarh Fort, the roadways in Rajasthan are very well maintained and connected to other important cities, Delhi lies at 625 km, while the closer other important cities of Rajasthan, Jaipur & Jodhpur lie at 345kms & 235kms respectively. The Nearest Railway station is in Udaipur which is 80 km from Kumbhalgarh. Also, the nearest airport happens to be the Udaipur airport at 95 km from Kumbhalgarh.