This is the first post on our brand new travel authority website and I will be regularly publishing a detailed post on Travelling in India, Culture, Travel hacks, Best Places to Visit etc. In the Current post, we talk about Best Hill Stations in South India and given that South India has lot to offer for tourists, Coming up with Top 7 hill stations list was indeed a difficult choice and we believe there are many wonderful hill stations left out and I hope to discuss in detail about them in future blog posts.

Is a hill station and a town in the God’s own country – Kerala. With it’s mesmerizing beauty,  lakes, and beautiful countryside, It’s a perfect gateway for honeymooners and family  vacation far away from the cacophony of urban life.

How to reach Munnar:

By Air
The nearest airport is Cochin International Airport and it’s located 110 km from Munnar.Another way to reach Munnar by air is by landing at Madurai Airport which 140 km away.

By Road
Traveling by air or train though convenient, a popular way to reach Munnar is through road from Madurai which is 135 km drive with lush greenery.

Kodaikanal is lovingly called as Princess of Hill Stations and it’s one of the famous holiday destination in South India. Located in Dindigul district of Tamil Nadu, the literal meaning of its name is “Gift of the forest”. Blessed with lush Meadows, Waterfalls, Grasslands and Dense forests, it’s ultimate destination to visit when you want your short vacation to be complete.

With its enchanting backdrops and breathtaking viewpoints, the lake filled with water lilies and Amenities seen in a city, this will be my number one places to visit on my travel to-do list.

Can be visited any time of the year but the best time is September to May when the weather is at its supreme good.

How to reach Kodaikanal:

By Air
The nearest airport to Kodaikanal is Madurai which is 120 km’s away. There are  good bus connectivity and taxi service from the airport.

By Train
There are regular trains to Kodaikanal from all the major cities of India and the Station name is Kodaikanal Road (KQN).

By Road
Kodaikanal is 3.5 hours drive away from Madurai. It’s also easily accessible by road from Bangalore (305 km) and Chennai (439 km). 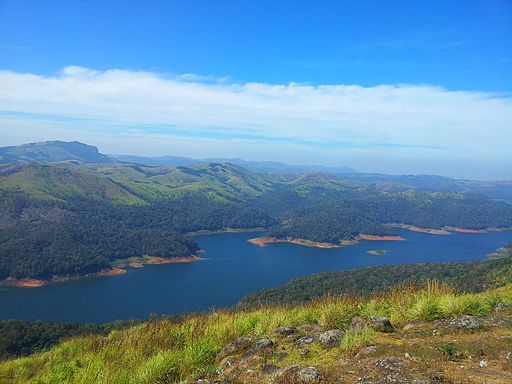 Idukki, the landlocked district in the state of Kerala is one of the greenest and Best hill stations in India and this rugged hill resort is well known for its tea gardens, wildlife sanctuaries,  rubber plantations and dense forests and these dense tropical forests cover over fifty percent of the land area.

The district derives its name from the three rivers Thalayar, Periyar and Thodupuzhayar which flows through a narrow gorge.  Idukki dam is Asia’s first and largest arch dam with a height 555 feet standing between the two mountains – ‘Kuravanmala’ and ‘Kurathimala’ which is a major tourist attraction along with elephant safari that takes the visitors through the tea plantations along the mountainous hills.

How to reach Idukki:

By Air
The closest airport to reach Idukki is Cochin international airport which is around 100 km away and well connected to all the important cities in India.

By Train
If you want to experience the majestic landscapes of Idukki, the best way to get there is boarding a train to Cochin. Once you are in Cochin, we can hire a private taxi or board a public bus and enjoy the serene beauty along the way.

By Road
The best way to reach Idukki is by bus and there are frequent bus services  which are plying between Cochin and Idukki town run by the government and private transporters.  The highway NH-49 makes it easier to reach the hill district and the journey is bound to leave a memorable experience in people’s mind.

British famously called Coorg as the Scotland of South known for its breathtakingly exotic scenery and lush greenery. Its official name is Kodagu and is one of the top hill stations in India.  You can best spend your time by touring the coffee plantations, trekking the hills or white water rafting – the options for adventurous traveler here is endless.

Coorg is also rich in wildlife and has three wildlife sanctuaries and a national park; Pushpagiri, Talakaveri, and Brahmagiri and Nagarhole National Park. Other major tourist attractions are Abbey Falls, Iruppu Falls, and Tibetan Buddhist Temple.

With the temperature in the range of 15 to 20 degree Celsius, Coorg is round the year destination. If you are an adventure person, October to March is the best time for trekking.

How to reach Coorg:

By Train
Coorg does not have a railway station however you get down at the nearest railway hubs either Mysore, Hassan or Mangalore. These places are well connected to rest of the country with multiple trains running from here.

By Road
A lot of private transporters operate buses to and from Coorg. If you really want to experience the breathtaking view of hills, road travel will be the most sought way of reaching the hill top.

Ooty is a popular summer destination which draws thousands of tourists every year from across the world and It’s one of the Best Hill Stations in South India. It’s situated in the Nilgiri hills and also known as the queen of hill stations.  En route to the hills, the tourists are greeted with sprawling grasslands, tea plantations, dense forests and eucalyptus trees.

For adventure lovers, there are a lot of fun-filled activities like trekking, angling and hang gliding etc. The hilltop itself is besotted with many vivid picnic spots.

Ooty has a pleasant climate and its charm is seen throughout the year. The best time of the year to check into Ooty is from October to June which is right after rainy season so we can experience uninterrupted sightseeing.

How to reach Ooty:

By Air
Ooty is two and half hours drive away from Coimbatore International Airport which is well connected by all Indian domestic airlines.

By Train
Ooty is one of few hill stations in India which is bestowed with Railway station and connects all the major town in the state of Tamil Nadu and it also falls under New Delhi to Coimbatore Rail route giving it access to many major cities in India. If you want to enjoy the toy train, you need to get down at Mettupalayam which is 47 km from Ooty and this train connects Ooty to Coonoor and Mettupalayam.

By Road
Located on NH 67, Ooty has well-connected road network. It’s 80 km from Coimbatore and many buses are operated by the Tamil Nadu State Transport corporation to Ooty throughout the day.

Yercaud is a Hill station in the Salem district of Tamil Nadu. It derives its name ‘Lake Forest’ due to the significant amount of forest near the Lake and also known as Jewel of the South.  At an altitude of 4970 feet on the Shevaroys Hill ranges of the Easter Ghats, has abundance Coffee plantations,  Orange grooves, Spices like Pepper which are the major produce of this region.

Tourists can enjoy boating in the Yercaud lake, Trekking in the eastern ghats, Annual flower show every  year which is a major summer attraction during the month of May.

October to June is the best time to visit, suitable for outdoor activities when the temperature ranges between 13°C and 25°C.

How to reach Yercaud:

By Train
Salem Railway Junction is the nearest railway station at a distance of 35 km from where you can hire a taxi or board a public bus to reach Yercaud. 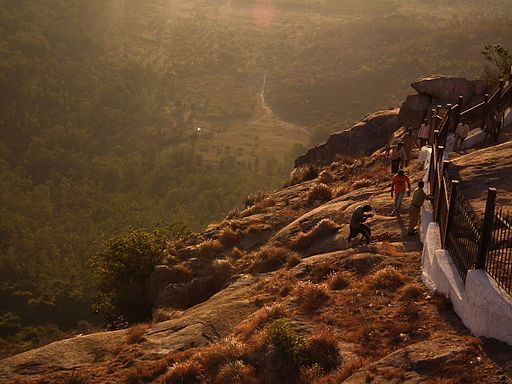 Nandi hills is an ancient hill fortress in the state of Karnataka is also known as ‘Hill of Happiness’. Nestled in the town of Nandi, it’s 60 km away from Bangalore and provides for the perfect weekend getaway with its mesmerizing view of the mist grazing the peaks of the mountain,  the morning sunrise will make you spellbound when witnessed from the top of the hill. It also provides plenty of opportunities for Trekking, Cycling, and Paragliding but make sure that you go in a group for these activities by contacting a local club and also keep a check on the weather.

Nandi Hills is an ideal place which can be visited throughout the year. The hills receive moderate rains from June to August and it remains drenched all these months, So plan your journey accordingly.

How to reach Nandi Hills:

By Air
It takes an hour drive from Bangalore International airport to reach Nandi Hills and is well connected to all the major Indian and International cities.

By Train
Chikkaballapur railway station is the nearest rail station at 19 km. There are frequent trains plying between Chikkaballapur and Bangalore which is at a distance of 65 km and connects all the major Indian towns and cities.

By Road
Bus service is available daily from Bangalore’s Majestic Bus stand and it runs in the Morning and Evening. If traveling by car from Bangalore, take NH7 from the Hebbal flyover.

Top 10 Best Hill Stations near Mumbai for a Weekend Getaway!

12 Rejuvenating Hill Stations near Delhi for a Peaceful Weekend Getaway

Sleep in the lap of Silence in the quietest Hill station in India – Lansdowne, Uttarakhand